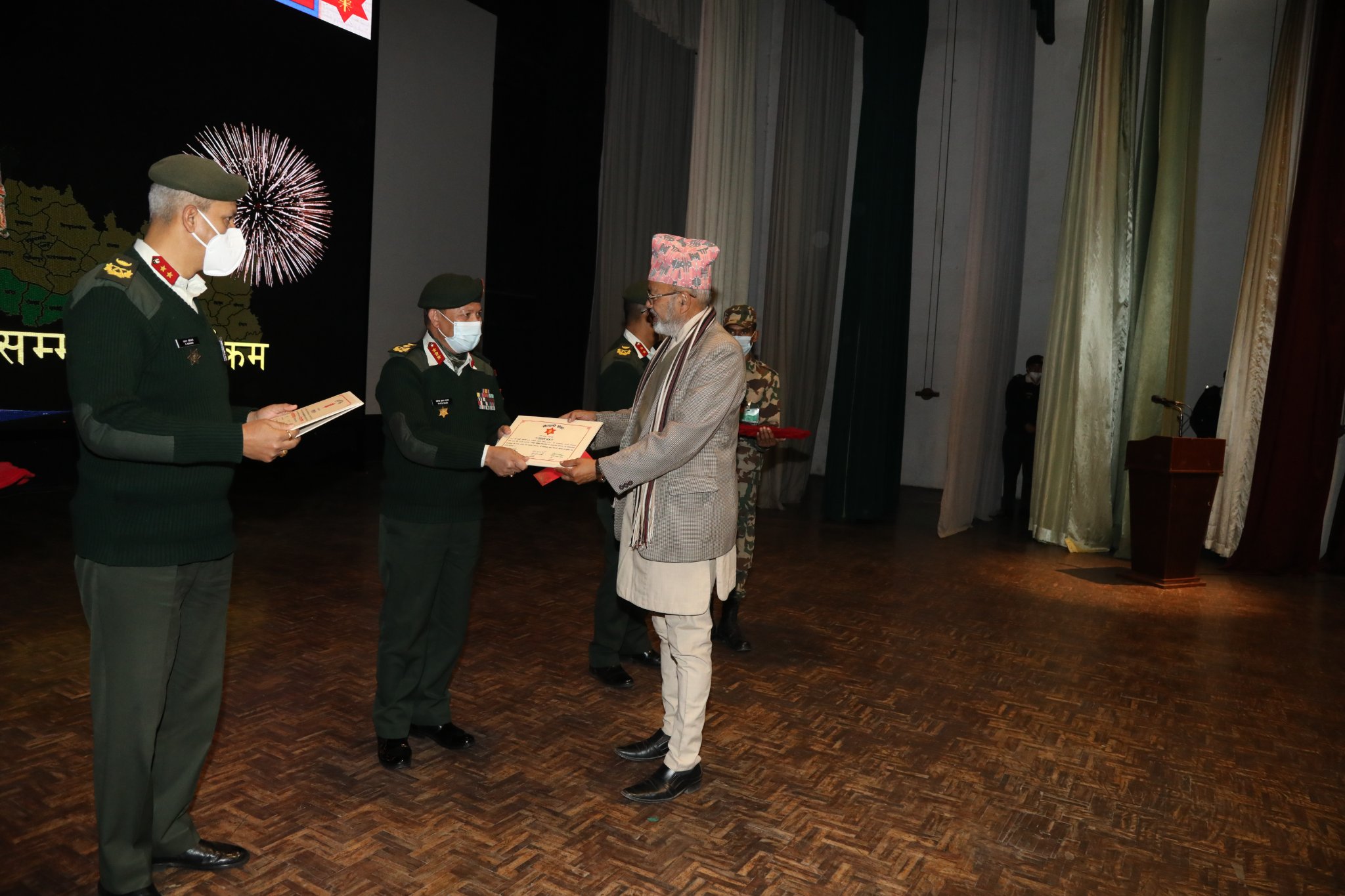 KATHMANDU – The Nepali Army has offered wreath and garlanded the statue of Prithvi Narayan Shah, the builder of the nation, at the Army Headquarters on the occasion of the 300th Prithvi Jayanti and National Unity Day today.

Acting Chief of the Army Staff Bal Krishna Karki paid tribute to the statue of the late king in front of the main building of the Army Headquarters by laying a wreath. The late king Prithvi Narayan Shah, the unifier of modern Nepal, is also the founder first commander-in-Chief of the Nepali Army.

A contingent of the Army presented a guard of honour to the nation-builder. High-ranking Army officers also offered bouquets at the statue.

Born in Gorkha on 27 Poush 1779 BS (11 January 1723), Prithvi Narayan Shah had united the small principalities and initiated the national unification campaign to build modern Nepal. He died at Devighat, Nuwakot in January 1775, at the age of 52.

The Nepali Army organized a talk programme on the Divyopadesh, the guidelines on statecraft given by Prithvi Narayan Shah, screened a film on the Nalapani battle and poetry, quiz, art and essay competitions in course of celebrating the 300th Prithvi Jayanti and National Unification Day in a grand manner this year.

Likewise, the ‘Unification Trek’ started by the Army from Gorkha to Kathmandu has been concluded with the arrival of the torch that was carried in course of the trek in Kathmandu. The Unification Trek is the route used by the Gorkha Army in the context of unification of Nepal.

The march participated by the Army, locals and students had started from Gorkha on January 4 and reached Hanumandhoka in Kathmandu on Monday after passing through Dhading, Nuwakot and Nagarjun.

The Prithvi Jayanti and National Unification Day is celebrated in a special way on Poush 27 every year according to the Nepali calendar. 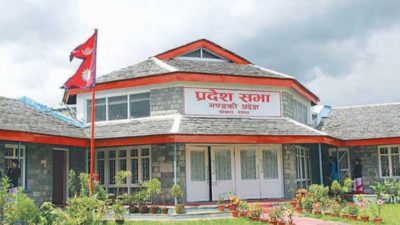 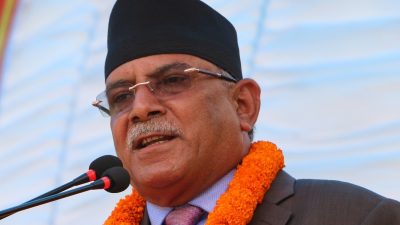