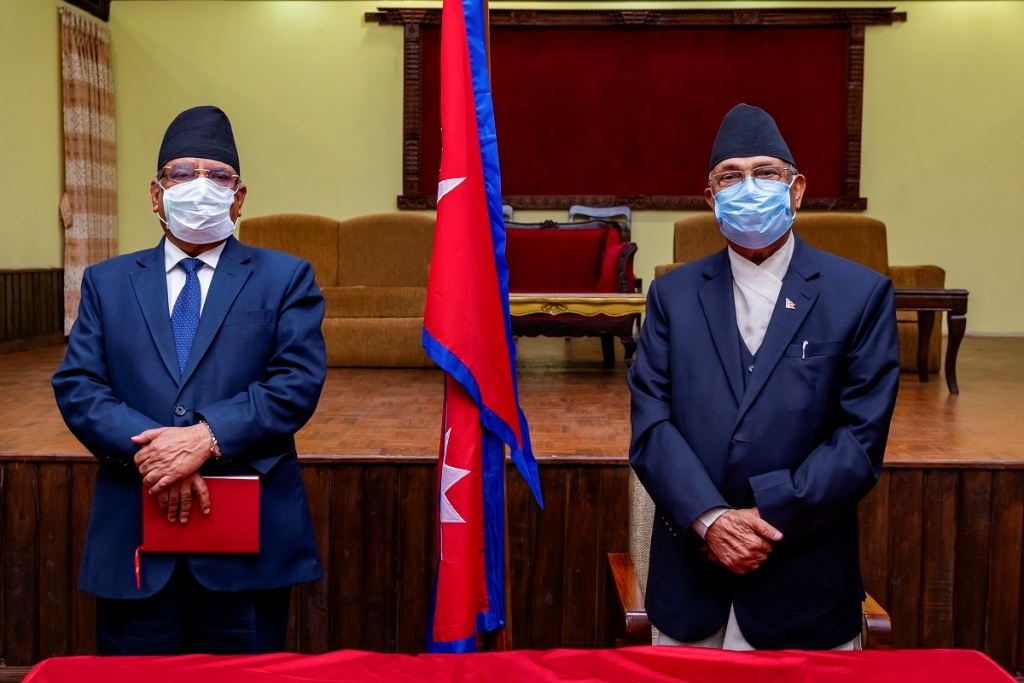 During a meeting held this morning with co-chairman and Prime Minister, KP Sharma Oli, Prachanda expressed his dissatisfaction with the no-confidence motion against Karnali’s Chief Minister Mahendra Bahadur Shahi and asked him to resolve the problem.

Earlier on Sunday, 18 provincial assembly members of the ruling NCP had registered the no-motion motion against Chief Minister Shahi.

During the meeting with Prime Minister Oli, Prachanda urged him to resolve the political disputes that have surfaced in Karnali in line with the mandate of the standing committee and the secretariat meeting of the party.

“He [Prachanda] told party chair Oli that the dispute in Karnali does not bode well for the party. Prachanda was of the view that the dispute of Karnali should be resolved in line with the mandate of the party’s standing committee meeting and secretariat meeting,” the party source said.

“He has given the responsibility of resolving the Karnali’s dispute to Prime Minister Oli,” the source added. There are 33 provincial assembly members from the ruling NCP in Karnali.

Among them, 18 members have registered the no-confidence motion against Chief Minister Shahi, who is also the province’s parliamentary leader. While most of the members are from erstwhile CPN (UML), three are from the CPN (Maoist-Center).

Additionally, Chief Whip of the NCP in the province, Gulab Hung Shah, is in favor of ousting Shahi from the post of Chief Minister.

Nanda Singh Budha and Dal Bahadur Rawal are also reportedly in favor of pushing Chief Minister Shahi as the parliamentary party leader of the province.