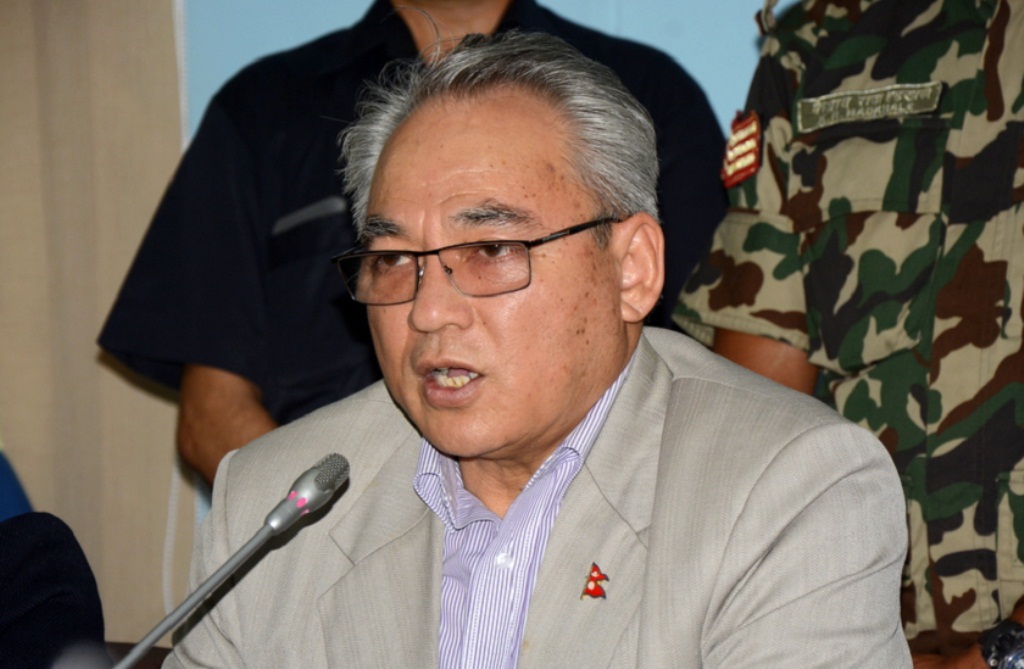 Issuing a statement today, Minister for Communication and Information Technology Parbat Gurung said that the two-member committee has been formed to hold dialogues with Communist Party of Nepal (Biplav Group) and settle their problems.

Rajan Bhattarai, Prime Minister KP Sharma Oli’s foreign affairs advisor, is another member of the committee that has been tasked to hold talks with the Biplav-led CPN, an offshoot of the former CPN (Maoist) which was outlawed by the government in 2019.

The government decision to form the committee marks the formal beginning of an initiative to bring the outlawed group to the negotiating table.

While some ministers were approaching leaders of Biplav-led CPN to hold dialogues, there was not any formal initiative for the negotiations with the group whose activities have been banned.

Responding positively to the government’s interest to hold dialogues, Biplav, in his statement on February 20, said that his party was ready to sit for dialogue with the government. 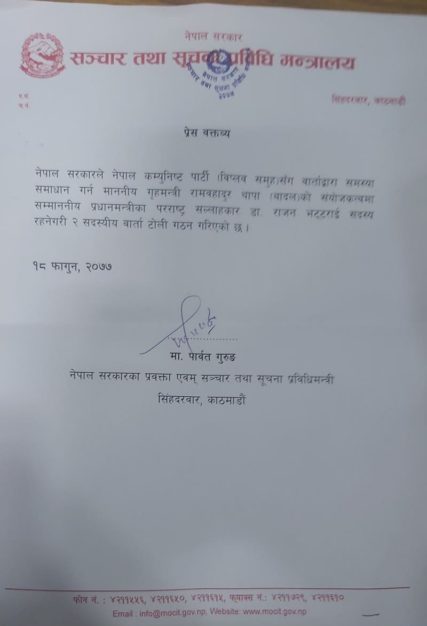