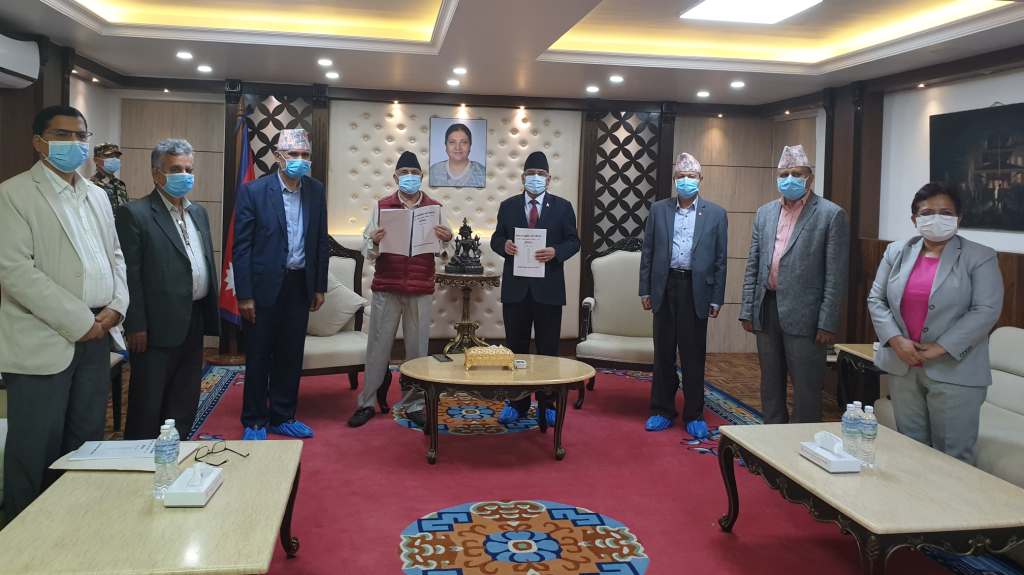 Kathmandu: Chairmen of the ruling Communist Party of Nepal (CPN) KP Sharma Oli and Pushpa Kamal Dahal Prachanda will meet on Monday to discuss the report submitted by the six-member task force formed to resolve the dispute within the CPN.

The task force has submitted a report with suggestions to conduct the standing committee meeting through the regular procedure, with Prime Minister Oli leading the government, Chairman Prachanda running the party, deciding on a new Chief Minister, holding a general convention in Chaitra, and resolving ideological issues from the general convention.

It has also been said that the issue of the resignation of the Prime Minister will not be on the agenda of the standing committee meeting. The CPN Standing Committee meeting that began on June 24 has been postponed from July 2. Oli had been postponing the meeting after voices were raised from the government and the party for the prime minister’s resignation.