-Suresh Sharma The writer is retired Brigadier General of Nepal Army May 19, 2021 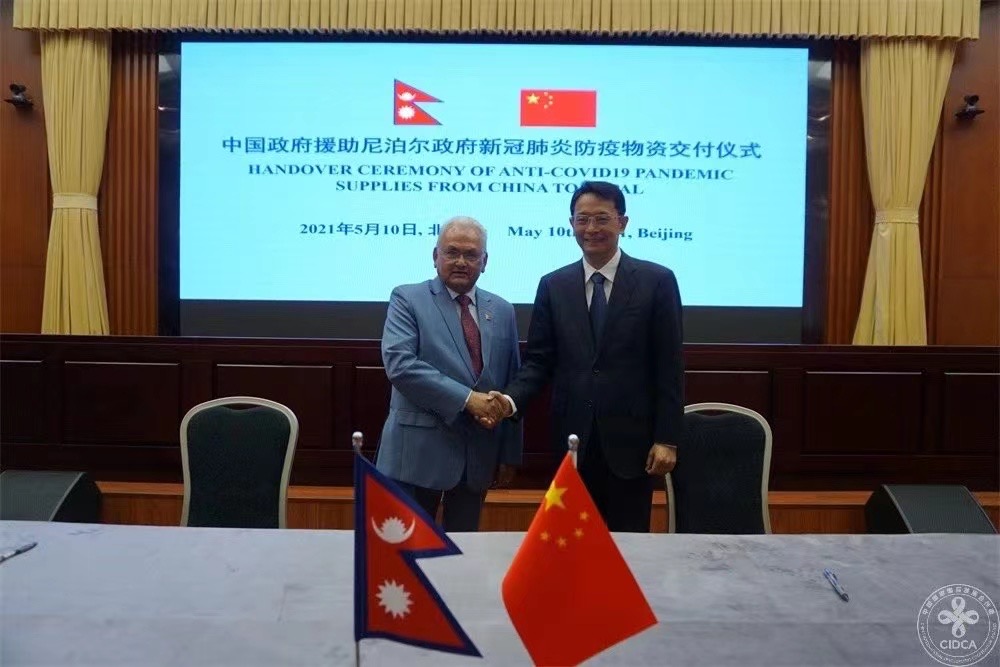 “A friend in need is a friend indeed”. The consignment full of oxygen cylinders received at Sino-Nepal Friendship bridge few days ago and the freights of same carried by our national carrier from Beijing, and the humility shown by our expatriates from Oman during the ongoing catastrophe due to Covid 19 in Nepal has made us realize the above statement. In the past, many consignments including portable ventilators, thermometers, surgical and regular masks, Covid-19 test kits and other protection equipment has been provided by China to Nepal in managing the crises.

The Friendship Highway connecting our capital to Lhasa, Tibet, for a humanitarian relief had earlier became a signpost of “this relation” to give us a breathing space during 2015 Indian Blockade, and before long the first cargo train carrying Covid-19 medical equipment and construction material from Xi’an via Xigatse and Kerong had reached at border point, it was much applauded in Kathmandu.

Nepal China relationship is time tested since history. The great Chinese monk Yuan Chwang (also known as Hiuen Tsang), through his nineteen-year pilgrimage to Central Asia and later to South Asia is a rich source of information of our age old relationship. At that time we were self contented to some extent. “He visited Ni-po-lo [Nepal] valley around AD 645. He describes it as a country situated in Snow Mountains and surrounded by hills and valleys. He finds it producing grain and fruit, and also copper, yaks and francolins. 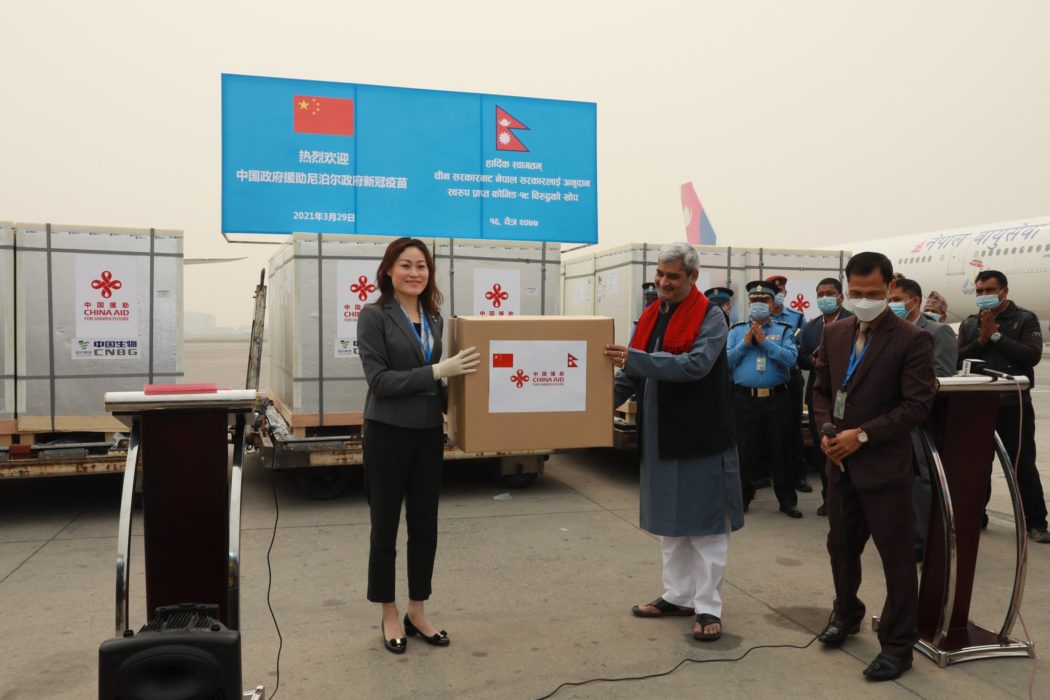 The use of copper coins has been noted as medium of exchange. Yuan Chwang noted that the Buddhist monasteries and the Deva temples touched each other in Nepal. Even though Yuan Chwang’s journey was much more explorative, two other Chinese pilgrims – Tseng Tsai and Fa Hsien had already visited Lumbini before him (Thomas Watters’ book :  On Yuan Chwang’s Travels in India, 629-645 A.D. (London: Royal Asiatic Society, 1904/1905).

The reflection of one of this oldest country of the world brought up Buddhism, and importantly the trade between two ancient powers of Asia, as a testimony that Nepal’s land was a short-cut way for the those travelers and this link has great significance. After the Treaty of 1792 , the relations between the Nepal and China grew, among other things, with the freedom of trade and commerce for the citizens of both the countries in each other’s territories. However, such trade relations did not discontinue and “was kept on hold” as the successive rulers ( Shahs and Ranas) would cast off this trade with Nepal’s military ambitions per se to predominate the region.

Nepal entered the modern era in 1951 after doing away with conservative Rana Regime, without schools, hospitals, roads, telecommunications, electric power, industry, or civil liberty. The Panchyat system also could not deliver much in its 30 years of King’s direct rule. Irony is, in 1980 Nepal’s GDP per capita was US Dollar 129, where as China’s was 194 and that of India was 270 US Dollar. Today, World bank has indicated US Dollar 1071 for Nepal, more than 10,000 US dollar for China and India’s is 2099 US Dollar. If we analyze the graph it will give us a clear idea of the gaps where Nepal lagged far behind in our economy.

Simple reason of which would be the lack of technology transfer , due to nonexistent industries and poor productivity to push us heavily dependent on India. Since Nepal was an agrarian country, for instance, rice contributed approximately one-fourth of GDP, Nepal exported substantial quantities of rice in the 1970s and mid-1980s, but stopped exporting it from 1987/88 onwards (Government of Nepal, 1992, Economics survey, Kathmandu, Ministry of Finance) .

Nepal remained unobserved to exploit her potential. PM K P Sharma Oli writes in the British newspaper ( The Guardian, May 10), as “Nepal’s history is one of hardship and struggle, yet this pandemic is pushing even us to our limits” , and requests for international bodies to assist, we experience a challenge to get equipped with requisite infrastructure to sustain our gross national morale. There is a challenge in upholding nation’s dignity at the international level that is discolored due to many incapable and corrupt political leaders, bureaucrats and civil servants, except a few.

We find criticism of poor governance in every segment of society which distorts our national bounty and many scholars term it as a sort of ‘national annihilation. We experience hatred, pessimism, mistrust, and indifference in Nepali society due to these. A prince, says Machiavelli, ought always to be a great asker and a patient hearer of truth about those things of which he has inquired, and he should be angry if he finds that anyone has scruples about telling him the truth. What government needs is great askers (The Prince, Machiavelli).

Recently, China has constructed a railway link from Nyingchi to Lhasa which is based on tunnels and can be travelled in four hours time, having almost an identical terrain and distance from Tibetan town of Xigatse to Kathmandu. China wants to connect Lhasa with Lumbini via a speed train in similar way and wants to support in Nepal’s infrastructure development activities. As tourism and hydropower are two backbones of Nepal’s economy such innovative dream projects can prove a very positive impact in our economy.

As an inheritance, with the immense advancement of science and technology and economic prosperity of today’s China, Nepal should be able to reap the benefit from this neighbor without further delay. In the peak of Covid 19 outbreak , during the first quarter of 2020, China’s economy shrank 6.8% due to nationwide lockdown . But, China’s GDP grew by 2.3 percent ( 14.7 Trillion US dollar) amid the corona virus pandemic ( CNBC, Feb 1,2021).

The nature (geographical proximity to great civilization and economy) which created us will take us along the natural phenomena of development. And, most importantly the proverb “as you sow so you reap” is another metaphor that suits us. The   risks , threats, and challenges that confronts Nepal today is the backwardness of the entire territory due to the lack, less or non existing connectivity between a prosperous China and our impecunious mountainous terrain through roads and railways, industrialization and agriculture production to make us self sufficient including renewable energy. We acknowledge, our enormous natural resource is yet to be harnessed due to lack of finance and proper investment.

A case in point, the poor and middle income citizen were able to afford most of their household goods such as electrical appliances, blankets ,winter jackets and woolen trousers among many more due to the Tibetan Khasa( Nepali name ) market close to the Friendship Bridge. The traders could make overnight handsome returns from these due to heavy consumption within and near the border towns of India and Nepal.

As many soft manufacturing of Japan were restructured by Asian Giants in 80s , we could similarly establish such manufacturing in our country with technology transfer from China which might make us self sufficient or even able to export. The Belt and Road Initiative proposed by China to advance its shared benefits to neighbors must be exploited in diverse possibilities by a country like ours in good time rather dither it making it complex with a superfluous suspicion of debt trap.

Nepali people would retain information of their difficult time until K P Sharma Oli government had initiated the activation of the 2016 Nepal-China Transit Transport Agreement signed in the aftermath of the Indian border blockade. There were many apparent instances of this kind where India has inflicted dismay to Nepali people.

A sudden expansion of second wave of Covid 19 pandemic in our Southern neighbor spilled over to our bordering cities first; and eventually caused colossal requirement of oxygen and gas cylinders across the country due to surge in lungs infections due to this new variant. The urgent response from our close neighbor China for providing oxygen cylinders when patients are struggling against Covid 19 at various hospitals across the country has underscored our “time tested friendship”.