On 11-13 June, world leaders of seven countries among other participants had gathered in UK for 47th G 7 Summit and spoke candidly on global concerns. All agreed a shared G7 agenda for diverse global action which included Covid-19 pandemic, protection of planet, transatlantic partnership, reinvigorate economy, link shared values but at the same time China also was a big topic during their meeting. The prevalent blending of US interests with its allies and partners across the globe, its incessant political, diplomatic and military clout is known to be a strategy to counter China’s rise which evolves likelihood to construct “a new cold war” situation.

Soon after the G7 meeting, with the consistent fright of vulnerability to racist waft and domestic terrorism back home and a “rising China” in his mind the US leader proceeded to NATO summit in Brussels and later in Geneva, where he held a separate meeting with Russian President Vladimir Putin. So the decoupling with NATO and the EU and relations with Russia due to a reckless former President (Trump) was hopefully “being repaired”.

Almost all member nations in NATO are protectionist in regard to their security, trade balance, democracy and human rights. All vowed to deepen political consultation, strengthen deterrence and defense and enhance resilience as a convergence of US and EU common interest. The world leaders of the summit seem to be under stress with their suspicions on Russian resolute behavior in Eastern Europe including West Asia. On China, in complex issues, the US leadership in post Cold war global order, and whichever the forum US avails, it takes the benefit to portray a global security challenge due to China and try marry up partners and allies to band wagon on its strategic interest. The recent statement in the NATO summit declaring ‘Russia and China as global threat’ was a result of this thinking. But, by virtue of being many against one, and not merely identifying its justification with concrete evidence, to corner China with naive statement would be a frustrating sign of threatening world peace and security. After all, no one country should dictate the world affairs.

Security analysts view racism in US is a “widespread, institutionalized and systemic” indoor troubles added with its hegemony to support its “US centric security construct” and the superfluous meddling in other’s internal affairs as outdoors. They experience a tension of “the black life matters” and “attack on Asian migrants” and several such long term vulnerabilities of the “United States”.

The question would arise how China’s economic prosperity can be a security challenge meanwhile the latter has admitted several times for its “non interference policy “in other’s internal affairs” and never act as an expansionist. US should not heave others with the speculated threat assessment. NATO’s doctrine of national resilience and collective defense will not hold water in new threat environment of C4IS (Command Control Communication, Computer, Intelligence and Surveillance) that includes no contact, cyber and network centric nature of warfare, at least in near future.

The US has imposed sanctions on Russia; on diverse allegations and so is from EU due to its actions against Ukraine. US applied sanctions against Turkey with Countering America’s Adversaries through Sanctions Act (CAATSA) over its purchase of Russian S-400 surface to air missile systems but for India it seems to show a different approach saying India is viewed differently in Indo Pacific theatre (including Himalayan frontiers) for strategic reasons. As India is the second largest buyer of the US defense equipment and weapons and Russia also being in higher scale India – US relationship might be at cutting edge of arms race in the region. If we closely monitor the US foreign affairs in regard to Saudi Arabia, Israel, Bahrain, Qatar, Turkey, Syria , India , Japan, Korea ,and ASEAN and vis a vis Russia and China, the US foreign policy external behavior underpins centrality to core strategic interest.

During the meeting between the senior officials of Washington and Beijing in Anchorage, Alaska in March 2021, the US Secretary of State Antony Blinken and  National Security Advisor Jake Sullivan squared off against Yang Jiechi, the member of the Chinese Politburo, and foreign minister Wang Yi by straightway raising concerns on growing Chinese expansionism and authoritarianism in places like Xinjiang, Hong Kong and the South China Sea, and alleged cyber attacks on U.S. companies. The Chinese officials responded candidly that it was US who were orchestrating the fallacy and other nations need not follow the suit. They said, in fact, there were many problems within the United States regarding human rights and were losing confidence in democracy. Hence, to a neutral witness, the allegations and myth orchestrated against a spotless China was an affliction of a hegemonic mindset.

During G 7 meeting the Build back better world (3Bs) initiative is floated as a counterforce against BRI , a strategy chalked out after securing some gains in the argument of “debt trap “ with several deflections. In 80s, US had imposed Section 301 of the Trade Act of 1974, when Japan’s economy was booming and were growing rapidly – with cars, semiconductors, consumer electronics, cell phones , video recorders and even the Walkman.

More mention on China all over during the meeting was a testimony that it was also important for their trade expansion as many of their investors were closely attached to Beijing. Although, India is found to have engaged with US-led “Quad” framework and being a valuable partner for both Moscow and Washington, India strides out in between keeping in view its potential trade relations with China, and it is aware that its engagement with US could also be a non permanent one, till the time US needs it.

The recent meetings in UK, Brussels and Geneva due to US President Joe Biden’s first visit abroad could not gain a bighearted milestone, except few on their “self help” agenda. To sum up precisely, being a claimant of net global peace and security provider, the world leaders’ rhetoric statement against China has evolved more distrust and tensions in the future than a hope of world peace , prosperity and stability . 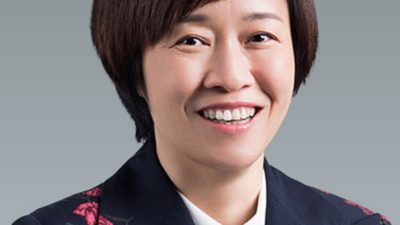 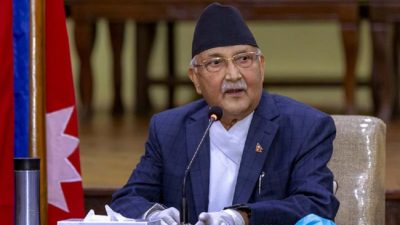