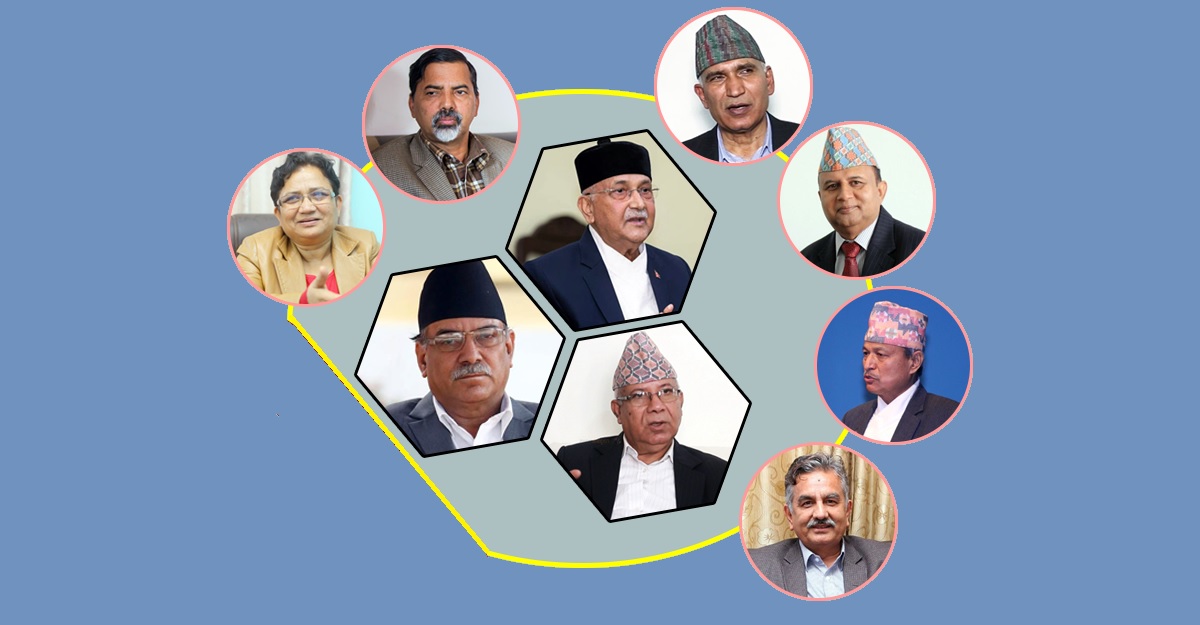 Kathmandu: The ongoing dispute within the ruling Communist Party of Nepal (CPN) is coming to an end. After holding talks on Thursday and Friday, a written draft of the verbal agreements made between PM KP Oli and Pushpa Kamal Dahal, ‘Prachanda’ is being prepared.

A six-member task force has been formed under the supervision of General Secretary Bishnu Poudel with a mandate to draft a written blueprint of the verbal agreement that was reached between PM Oli and Prachanda.

The task force includes Oli, Shankhar Pokharel, Prachanda and senior leader Madhav Kumar Nepal. General Secretary Poudel and Shankar Pokharel from the Oli faction, Janardan Sharma and Pampha Bhusal from the Prachanda faction, Surendra Pandey from the Nepal faction and Bhim Rawal are also included in the task force. According to a high-ranking CPN source, the draft prepared by the task force will be the blueprint for ending the ongoing dispute within the party.

According to the verbal agreement reached between the two Chairmen of the party, Oli and Prachanda, the main issue that was discussed was whether to hold the party’s general convention next Chaitra, and the leaders of the CPN have agreed to move forward with the General Convention. Earlier, the two parties had agreed on a six-point proposal made by Vice President Bamdev Gautam.

In order to prove the government’s work effective, the agreement has also included conditions to reorganize the cabinet, consult the Prime Minister at secretariat meetings and take suggestions on any shortcomings. According to a source, the two parties have also agreed to dismiss those who have completed two years in the government and hand over responsibilities to newer names.

Also made in the verbal agreements was that Prime Minister Oli should accept the condition of first consulting the secretariat before making constitutional, ambassadorial and other political appointments. In addition to operating in a lawful manner, the party should also ensure that all policies and programs mandated by the government should reflect the party’s key objectives stated in its manifesto.

According to sources, a draft of the agreement will be approved by the standing committee meeting after the task force has provided feedback and suggestions within the next two days. A standing committee meeting will then be held on the basis of what the task force has recommended. In view of the ongoing pandemic, the two sides also discussed the need for the party and the government to be more effective in containing the spread of the coronavirus in the country.

The disruption within the CPN had erupted after Prime Minister Oli had demanded the resignation of Chairman Prachanda and other top leaders accusing them of running the government alone and ignoring the party as a whole. Amidst the controversy, the CPN Standing Committee meeting had been adjourned indefinitely. The most recent meeting had tasked Chairman Prachanda with resolving the dispute by holding talks with PM Oli.