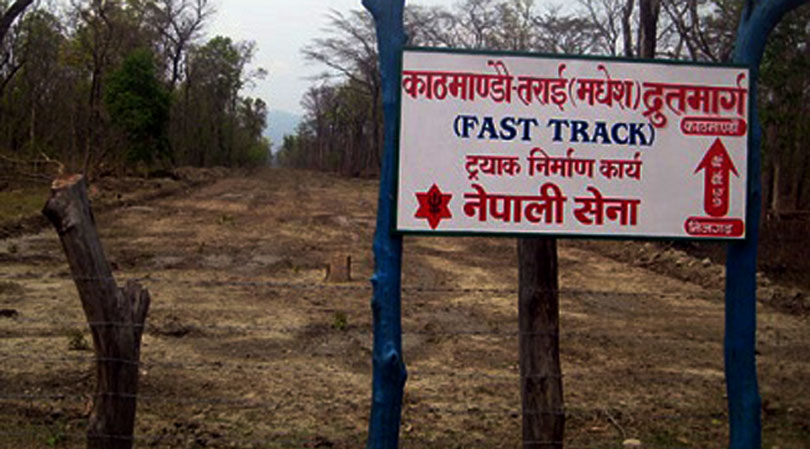 Nepal Army is known to be equipped with the civil engineering skills needed to contribute to nation building programs, having already constructed 1030 kilometers of roads in various areas of Nepal, particularly linking the Northern and Southern parts to the rest of the country. In addition, the Army has also undertaken the construction of around 600 kilometers of roads and more recently the construction of the Kathmandu-Terai Madhesh Express Way has, however, drawn criticisms for its temporal progress.

Despite already having anticipated challenges, this mega highway project has been prioritized by an old institution like NA as an “infrastructure of national pride” to bear a strategic significance and help to append public trust towards the government. As such, the Army has targeted to build the Expressway as an “exemplary state of the art of civil construction” in South Asia, and ultimately contribute to the socio-economic development of the country.

As the primary role of a soldier is to safeguard the nation, the majority of the soldiers in the Nepalese Army are involved in peacetime soldiering, continuing to train and maintain the highest operational standards throughout their careers.

While the manpower involved in civil works and engineering are more than capable of undertaking these civil constructions, it is important to note that the Army is more prone to controversies, especially when it comes to the country’s national security. While taking up responsibility, all factors must be fully evaluated so that wrong decisions made at the strategic or operational level should not jeopardize institutional professionalism at the tactical level and even erode its prestige.

Nevertheless, the military force is capable of committing nation-building efforts through environmental protection, disaster management, infrastructure development, as well as through the construction of strategic roads, even railway links and national highways. The NA is also fairly equipped to construct roads, bridges, tunnels, causeways, helipads and airfields, during both peace and wartime.

One can take note of the American Civil War, during which the US Army Corps of Engineers had played a significant role in its mission to deliver vital public and military engineering services; partner in peace and war to strengthen their nation’s security; energize the economy and reduce risks of natural disasters.

Thereafter, the Corps of Engineers became the lead federal navigator in constructing many strategic highways under its supervision, such as the Panama Canal, the Pentagon and many other smaller canals and civil projects. Inevitably, a certain amount of criticism is bound to appear whenever diligent manpower is utilized without giving much care to what others say. Similarly for the future of the NA, critics may certainly bring forth non-issues of detrimental environmental effects or the durability of projects, without considering unforeseen challenges. Nevertheless, the mantra that the NA should abide by is to maximize cohesiveness across multiple agencies and to utilize resources to create a greater impact in “nation building” as core interest.

The lessons that would then derive from such undertakings would be to analyze the critical capabilities vis a vis support from stakeholders and “whole-of-government approach” to take responsibility rather than put blame on “subordinate institution”.

Therefore, any mega projects must broadly define the possible challenges in advance, and then incorporate all agencies and institutions to work together to achieve the goal with great efficacy. Any criticism in regard to the timeline of such a mega project is unique in that it can mirror and eulogize the ruling political party, where a functional infrastructure progression plays a vital role in proving their ability, credibility and their governance capacity.

Every summer after a torrential rainfall, Nepal’s hills drain lots of water to cause major landslides. During this time, it is common to hear news of people digging through rubble, desperately looking for loved ones and trying to salvage necessities for survival. In addition, during flash floods and forest fires, the Nepalese Army along with other security agencies are heavily deployed to mitigate such calamities, the most recent one being the COVID 19 crisis. In the eyes of the taxpaying public, the role of these security agencies should never be undermined.

The popular Trans-Himalayan Multi-dimensional Connectivity Network (THMCN)  is an economic gateway to connect the country through three major corridors- the Koshi, Gandaki and Karnali Economic Corridor- linking Nepal with China. Along with THMCN, the strategic Kathmandu-Terai expressway is valuable project for the country’s development. Keeping in mind an increasing civil-military cooperation, the Nepalese Army’s engineering capability and resources could be utilized in various other projects in the future, including the Kathmandu-Pokhara-Lumbini extension of the China-Nepal railways, as well as various other strategic road projects included in the national development plans.

Hence, responsible government authorities should refrain from discouraging a security person of spirit or courage in regards to their work and progress because there could be other numerous constraints and difficulties that need to be dealt with in order to complete those projects as desired. 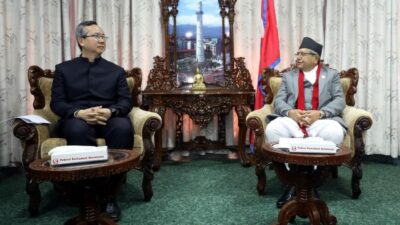 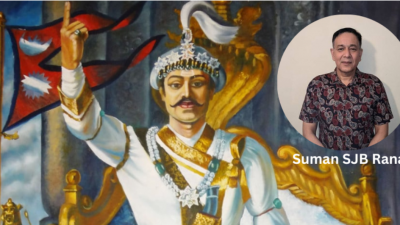 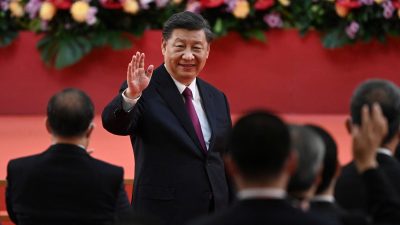