Deuba’s briefing to leaders close to him: Both Oli, Prachanda-Nepal factions offering me post of Prime Minister 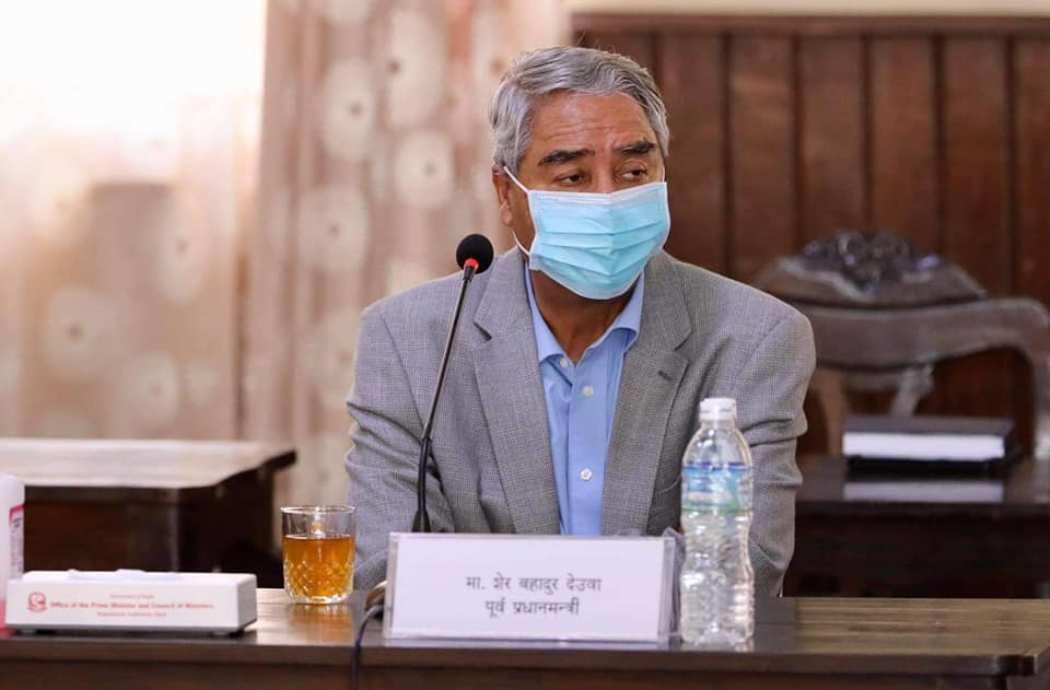 KATHMANDU – Nepali Congress President Sher Bahadur Deuba has said that both factions of Nepal Communist Party are making an offer to him to become the Prime Minister.

In a briefing today to Nepali Congress leaders close to him, Deuba said that both NCP factions each led by KP Sharma Oli and Pushpa Kamal Dahal ‘Prachanda’ have proposed him to become the Prime Minister.

“Stating that he has been getting offers to become the Prime Minister from both Oli and Prachanda-Nepal factions of the NCP, he asked us to provide him suggestions,” said the central committee member. “As the people’s mandate to Nepali Congress is to remain in opposition, we provided our suggestion around that line. We also advised the party president to hold consultations in the party,” he added.

Earlier on Wednesday, Nepali Congress President Deuba had said that Prime Minister Oli should either prove the majority in the House or step down from the post.