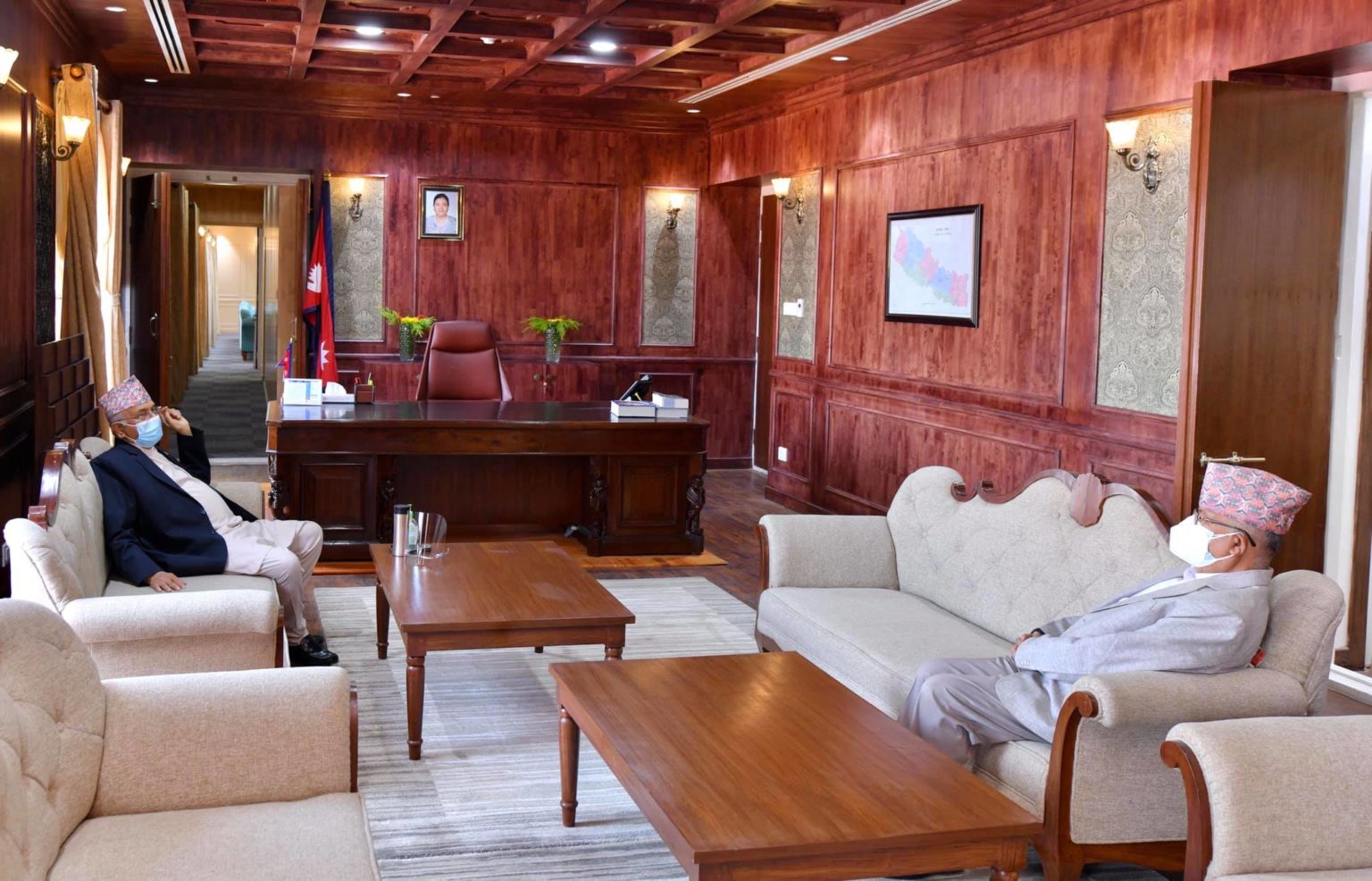 The taskforce has been mandated to find out solutions to the intraparty strife within three days. According to senior leader Nepal, the tenure for the taskforce could be extended as per the need. Emerging from the meeting, party Chairman Oli shared that the meeting between him and leader Nepal ended on a ‘positive note’.

The Nepal faction has been pressing for running the party organization based on structures prior to its unification with the CPN (Maoist Centre) on May 17, 2018. Party’s top leaders and second rung leaders have been discussing extensively lately so as to address the stances taken by the Nepal faction.