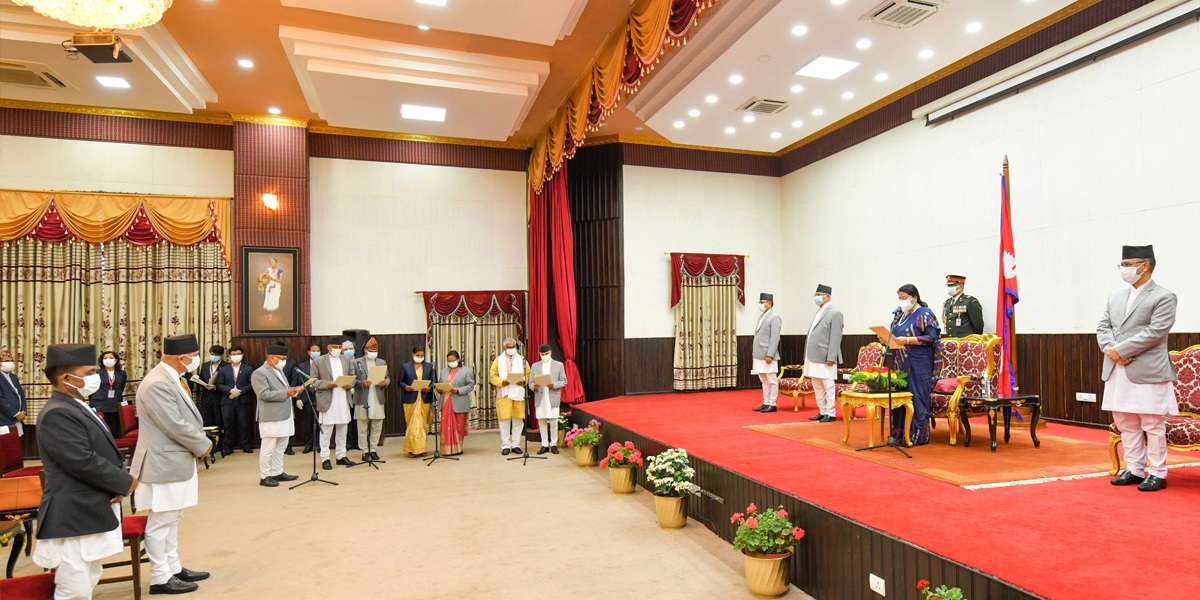 KATHMANDU – Newly appointed ministers took oath of office and secrecy today. They were inducted into the Council of Ministers today itself.

President Bidya Devi Bhandari administered the oath of office and secrecy to the newly appointed Ministers at a function held at Rastrapati Bhawan, Shital Niwas.

Also in presence of the President, Prime Minister KP Sharma Oli administered the oath of office and secrecy to Asha Kumari BK, the Minister of State for Forests and Environment.