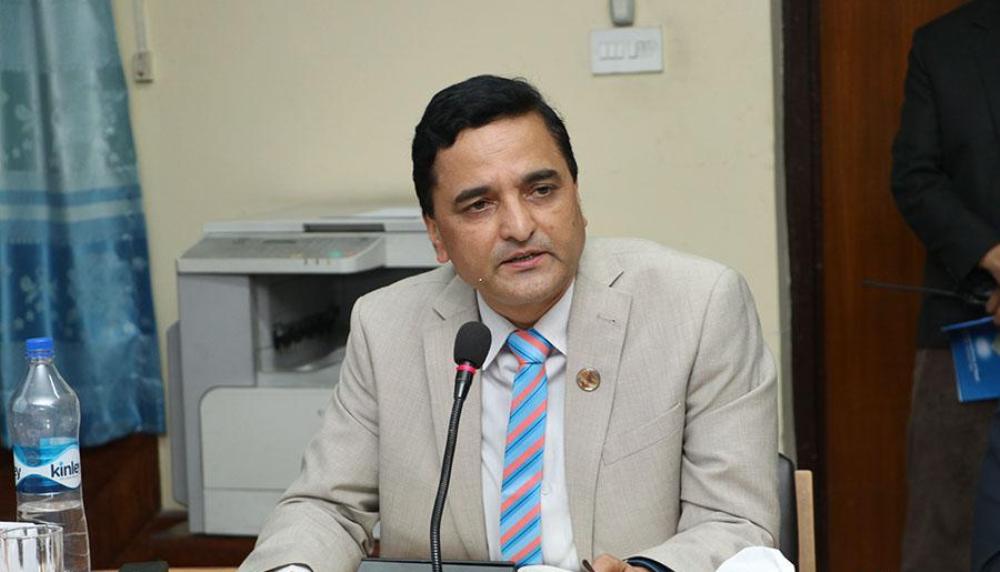 KATHMANDU : Minister for Culture, Tourism and Civil Aviation Yogesh Bhattarai has directed the Civil Aviation Authority of Nepal (CAAN) to not implement the decision to permit ‘safe ground handling’ facility to the Himalaya Airlines.

The Minister invited Director General at CAAN Rajan Pokharel at his office and directed Pokhrel not to implement the decision for the time being, according to the high-placed source.

The Minister is said to have communicated to DG Pokhrel that the technical capacity, commercial proposal, human resources and other aspects would be studied before making a decision. Pokhrel has been further reminded that the high level leadership at the Ministry must be informed while taking any important decision.

Secretary at the Tourism Ministry, Kedar Bahadur Adhikari, also attended the meeting. The Minister further directed DG Pokhrel to study whether other airlines are also enjoying ground handling facilities without meeting criteria. If so, their facility should be lifted and given to the Nepal Airlines, the Minister viewed.

Meanwhile, the CAAN issued a press release and showed concern over the news report that Himalaya Airlines was permitted the ground handling facility.