Border outpost set up at Tatopani 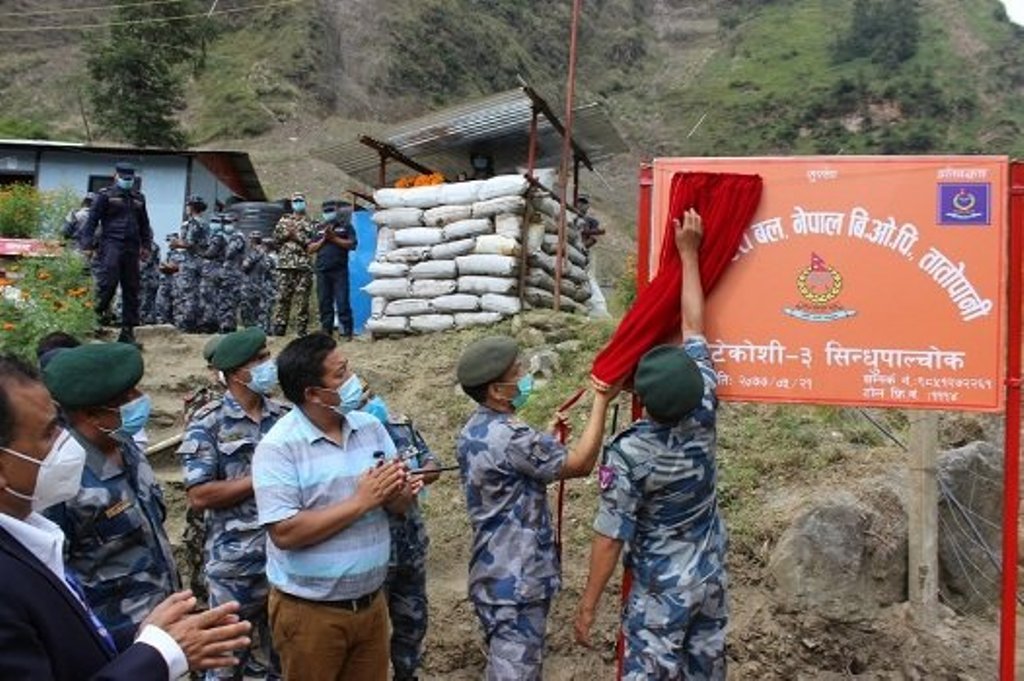 SINDHUPALCHOK : The Armed Police Force (APF) of Nepal has set up a border outpost at Tatopani, the transit point in north Sindhupalchok bordering China. The BOP came into operation from Wednesday.

The border outpost was set up at Bhotekoshi Rural Municipality, ward no 2, Tatopani, in the presence of Brigade Chief, APF Deputy Inspector General Mandip Shrestha. For the time being, the BOP is sharing a barracks, toilet and a building of the APF No 22 Company Headquarters (Revenue-Customs Security Patrol).

The BOP is close to the Tatopani dry Port and Customs Office. It will conduct patrolling along the border. High ranking security officials were present on the occasion of the inauguration of the BOP on Wednesday.

It has been assigned the responsibility of securing the border as well as carrying out rescue works during times of natural disasters, according to Tatopani BOP’s Police Inspector Keshav Kumar Shrestha.