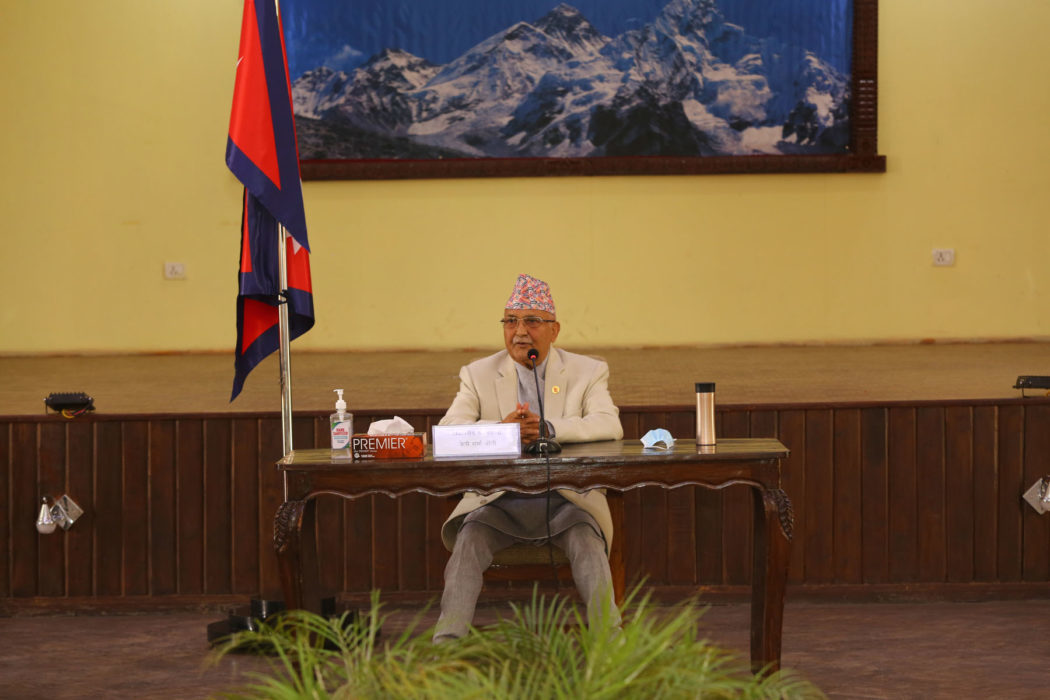 KATHMANDU – Prime Minister KP Sharma Oli has extended best wishes to all Nepali working class people at home and abroad on the occasion of the 132nd International Workers’ Day.

In his message of best wishes, the Prime Minister has remembered the Day that marked the beginning of historic struggles against those enjoying unfair gains by exploiting labour.

‘’The second wave of Covid-19 has begun, this is painful and devastating and because of the same reason the restrictive order has been implemented. Let’s first save our lives,’’ the Prime Minister said, urging all to maintain social/physical distance and wear mask as precautionary measures against the virus.

Stating that the free anti-Covid vaccination campaign was underway to provide vaccines to all citizens, the Prime Minister said the government was working to robust the domestic health service system. We could beat the virus only by our good habits, according to the Prime Minister who wants the people to follow the public health protocols strictly.

“Job security and creation of additional job opportunities will be the priority of the government,’’ the message reads, adding that Nepali trade union movement had brought the people’s hardship and sufferings to the limelight.

The world reports 7,600 workplace deaths each day and in the South Asia, the deaths of workers from the incidents of building collapse are high. Last year, 250 million people lost jobs due to the pandemic and this year another 250 million people are internationally projected to be at risk of becoming workless as the Covid-19 crisis continues, according to the message.

The Prime Minister further said that the discrimination between formal and informal labour markets had been legally eliminated and the government in a period of three years has increased investment in the social sector and promoted the concept of ‘respect for labour and descent work’.

Likewise, number of recipients of eight different types of social security allowances has reached 3,060,000 with the recent addition of 500,000 and insurance of Rs 100,000 has been ensured for all senior citizens, the message reads. “The contributions-based social security scheme has been already in place and the online work permit system has been put forward focusing the convenience of those who are in foreign employment”.

Prime Minister Oli further said monthly minimum remuneration of the workers would be increased to Rs 15,000 from the existing Rs 13,450 and all of them would be brought to the domain of social security.