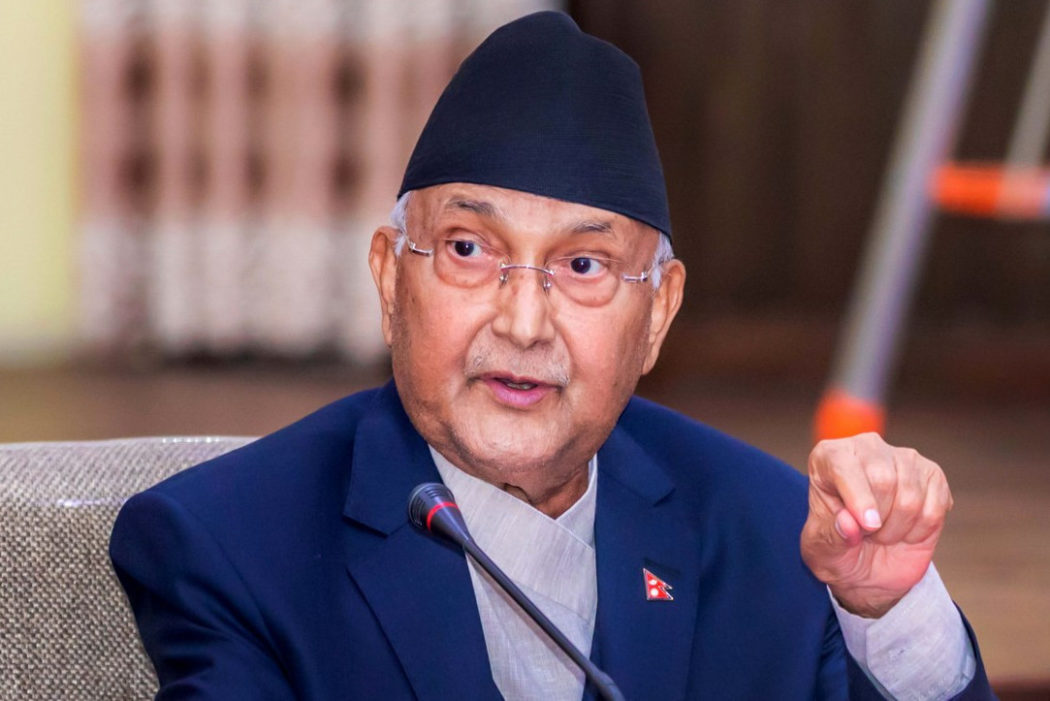 KATHMANDU – The CPN (UML) has delegated all the authority to take necessary decisions regarding the party to party Chairperson and Prime Minister KP Sharma Oli.

CPN (UML) Standing Committee that met at the Prime Minister’s residence at Baluwatar today has delegated to the party Chair Oli the right to take the required decision in the context of the new situation that has unfolded within the party and the national politics, party spokesman Pradeep Kumar Gyawali informed through a press release today.

According to the party spokesman, the meeting of the Standing Committee has decided to lift the suspension from the party of leaders Madhav Kumar Nepal, Bhim Bahadur Rawal, Ghanashyam Bhusal and Surendra Prasad Pandey.
Gyawali said the meeting decided to revoke the action taken against the four party leaders for the purpose of moving ahead by forgetting all the past bitterness in the party for protecting the party unity after reviewing the recent developments within the party.

According to him, necessary steps would be taken keeping the larger interests of the party in mind and talks would be held with the disgruntled side. “Every one has been called upon to not become a means for the formation of new government by the opposition by pulling down the government led by own party,” he said.

The meeting has expressed sorrow over the demise of party’s central committee member and Bagmati Province Assembly member, Pashupati Chaulagain due to Covid-19. Spokesman Gyawali said the party has lost a decent leader while the Dolakha people a capable people’s representative in Chaulagain’s death. The meeting also extended condolence to the bereaved family and decided to lower the party flag at half mast for three days to mourn the demise.

Likewise, Prime Minister Oli had briefed the meeting about the latest complex situation from pandemic of coronavirus and the steps taken by the government in facing it up.

The party spokesman said the meeting suggested to the government to make arrangements for the adequate and regular supply of oxygen cylinders and life-saving medicines including vaccines in an effective manner, to mobilise all the strength of the state for works including expanding the hospital infrastructures and to pursue additional diplomatic initiatives for mobilising the required assistance from friendly countries.

He shared that the meeting suggested to the government to use the entire state mechanism for the supply of essential medical supplies including oxygen and to further prepare for containing the Covid-19 pandemic.